What’s happening with Twitter is just the latest warning of the dangers of the centralized Internet, and the fact that people are leaving is the latest signal that the world is increasingly ready for a decentralized digital world. 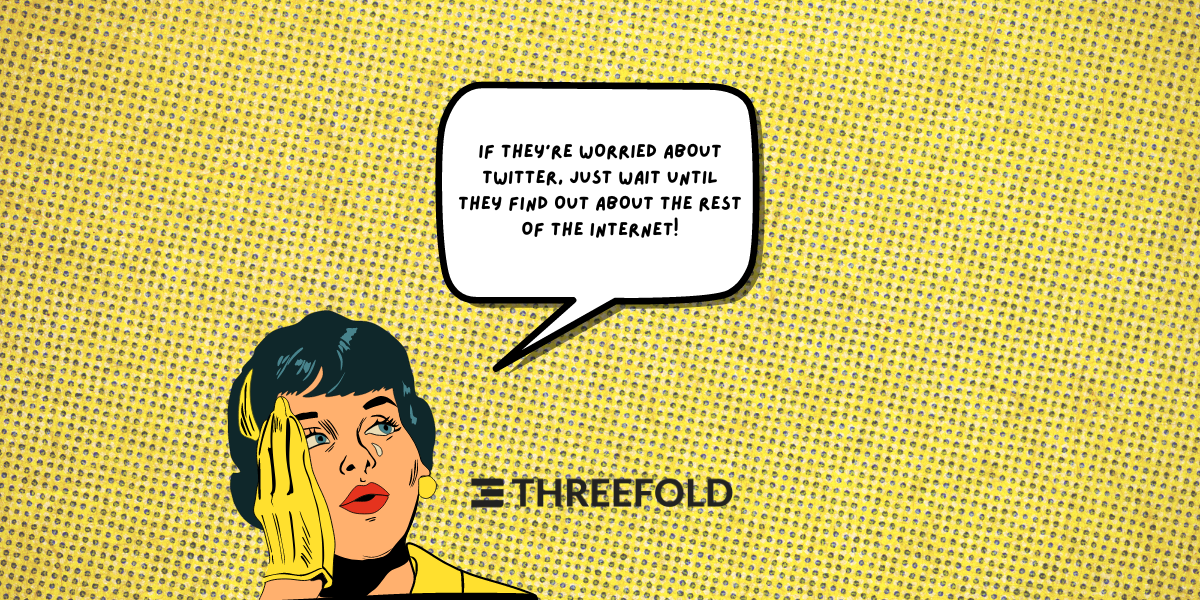 With Elon Musk’s acquisition of Twitter becoming official at the end of October, many people have become uncomfortable with the idea of a single controversial billionaire with a lot on his plate having that level of power over a platform used by hundreds of millions of people worldwide – making decisions that look to be putting the company, the platform, and its users in jeopardy, at least in the short term.


As a result of the acquisition and a series of events thereafter, millions of Twitter users have started looking for a replacement, with more than one million people flocking to the leading decentralized Twitter alternative, Mastodon, over the past two weeks.

This is not the first time we’ve seen the alarm bells ring, a mass exodus from a top social networking site or communication platform. (And by the way, it won’t be the last.) As an example, last year after WhatsApp announced some changes to its terms of service, tens of millions of new accounts were created on Signal and Telegram. And earlier this year, Facebook reported a loss in daily active users.


The reality is that most platforms are owned & controlled by the few. And it actually goes further than just platforms: the way the infrastructure of the current internet model is built, its foundational layers, are controlled by the few as well. Think about it, as ‘users’ of platforms, browsers, websites, etc., we have become the product, or rather, our data has become the product.


Targeted advertising, cookies, geo-localisation. Agenda setting might have been ignited in the newspaper industry hundreds of years ago, but it definitely reached the Internet. When you search for something on the web, through most browsers & platforms, the outcomes you get are the result of an agenda setting. This means that a few decide which information is more important than the other. Often, this decision is subjective, and influenced by the highest bids to get on top of the list.


What’s happening with Twitter is just the latest warning of the dangers of the centralized Internet, and the fact that people are leaving is the latest signal that the world is increasingly ready for a decentralized digital world. People aren’t just boycotting social media, they are leaving to go somewhere else considered ‘better’. They are migrating to Mastodon.

Mastodon has a lot of the same functionalities as Twitter, such as replies, retweets, favorites, bookmarks and hash tags. However, it is not owned or operated by any one organization. Instead, it’s made up of lots of different servers (also called “instances”), all talking to one another. The service describes itself as a “federated network which operates in a similar way to email.” And as it is open source, Mastodon allows for anyone to download, modify, & install Mastodon on their own servers. Pretty nifty, right?


Mastodon was created in 2016 by German software developer Eugen Rochko. Unlike most popular social media sites, like Twitter, Facebook, or LinkedIn, Mastodon is a nonprofit. As such, its goal is to benefit the public rather than shareholders. Twitter has built up a reputation for being the “watercooler of the world”. While it would be quite a task for Mastodon to replicate that feat at scale, many people might prefer the latter for a number of reasons, like:

🔗How do Mastodon & ThreeFold Align?

What is happening with Twitter is a reflection of the entire Internet model. Now, more and more people are opening their eyes to the shared fundamentals of decentralization and open source, which are paradigms shared by ThreeFold & Mastodon.


In a world where centralization is the default way of operating, we tend to be relatively oblivious to what it entails. Being part of a centralized Internet ultimately makes us dependent on the relative few that dictate our digital lives. By moving away, through decentralization, we can take control of our digital lives again.


Mastodon and the whole Fediverse have already attracted incredible communities with similar values and mindsets as that of ThreeFold and our community. Everyone joining Mastodon is looking for decentralization – whether they know it or not. Really, this mass exodus from Twitter is more proof (a la people leaving Facebook in droves or moving from WhatsApp to other messaging tools) that the world is increasingly ready for decentralization and what ThreeFold enables.


Leaving Twitter for Mastodon is a step in the right direction, but if you are really alarmed by what has been happening with this Twitter saga, we are here to invite you to take action and be a part of a better Internet system. We can build this together!


🔗How can ThreeFold support Mastodon?

ThreeFold provides a reliable decentralized infrastructure that Mastodon and the rest of the platforms within the Fediverse need, and we believe that those communities will be very interested in our broader vision as well.


The ThreeFold Movement is collectively building an Internet by the people for the people, from the infrastructure level up to the experiences. You can plug in hardware, join the ThreeFold Grid, and provide decentralized Internet capacity for the communities around you.

🔗What is ThreeFold already doing to make this happen?


If you support decentralization, you have found a project to contribute to in ThreeFold! Join us on our two-way chat or our forum, and let’s build a new internet together!